Today I lagged the water-pipe running through the hold. 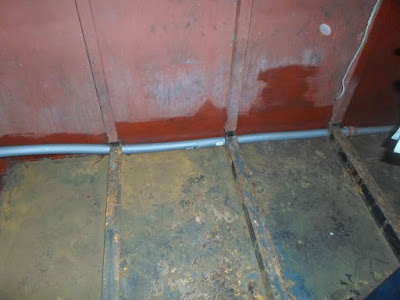 Then Jo set about painting the base-plate with used engine oil to protect it. 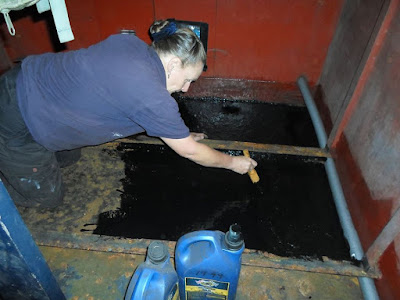 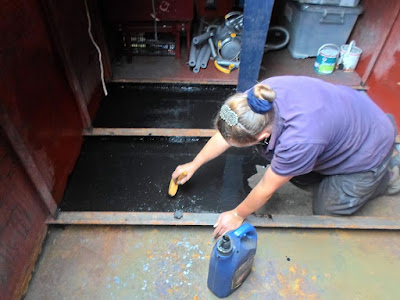 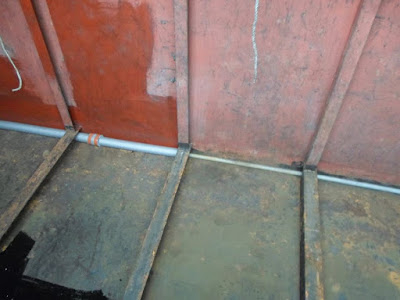 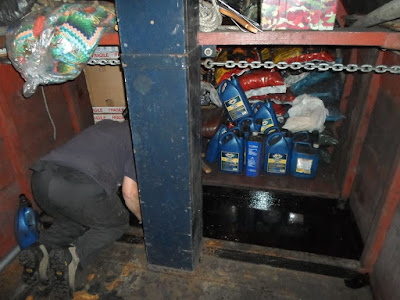 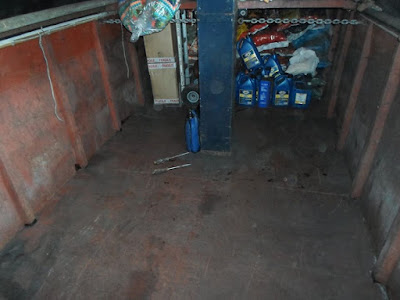 Keith.
Posted by Keith Lodge at 13:35 No comments:

Work in the Hold to Build the Model Railway Room

Today we started preparatory work for building my model railway room in the hold. First we had to sort out the rubbish we had accumulated, which went to the bins, then moved everything else as far forward as possible, which allowed us access to and removal of the first two shutts (floorboards) from the bulkhead at the saloon end of the hold. 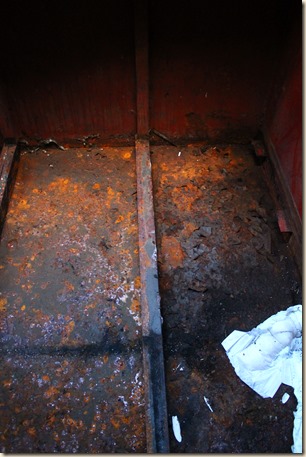 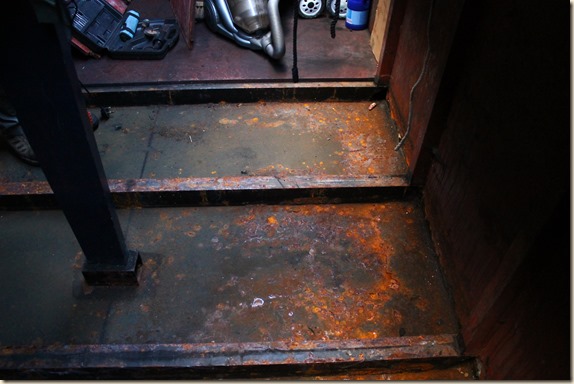 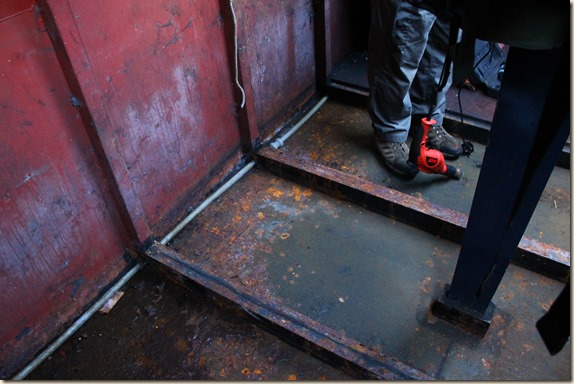 It is in better condition than we thought it might be. Jo set about scraping and removing the loose bits, then painted the base of the walls. It is already for oiling tomorrow morning, then we can do under the next 2 shutts. We thought that whilst we had the shutts up it was lagging the main water pipe from the water tank in the bow with some pipe insulation, to stop the condensation which appears to be happening, so I popped to Screwfix to get some and have fitted the first lengths.

This morning and after lunch I assembled this Dundas open wagon kit and added Greenwich couplings Just needs painting.  Keith