This is one of the 2 chimneys at either ends of the terrace that I built yesterday. because I was able to cut them from the same sheet of walling, I was able to continue the mortar lines around the corners, and with a little work with a Stanley knife and some emery paper, the desired effect is not too bad. Fortunately the joint of unmatched stonework,which is unavoidable, is at the rear of both chimneys, so not noticeable. 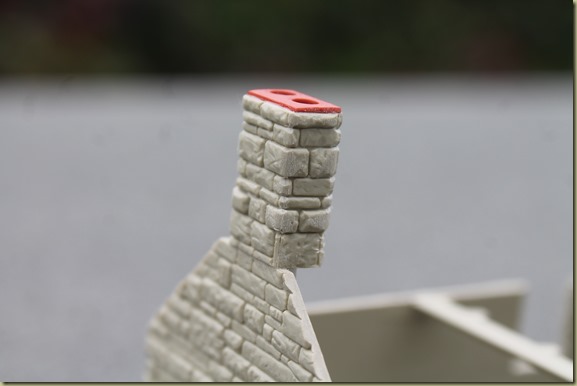 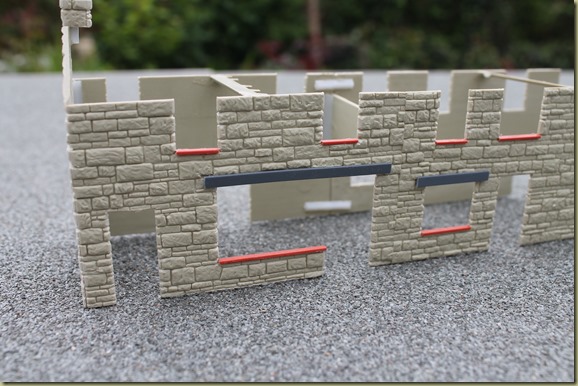 Close-up view of some of the window sills and lintels. I have decided not to add such detail to the rear of these buildings as they will not be seen. The wall joint visible in this photo where the 2 wall sheets have been joined will be hidden behind a guttering downpipe, but I won’t add that until after I have painted the stonework, which is the next step over the weekend. 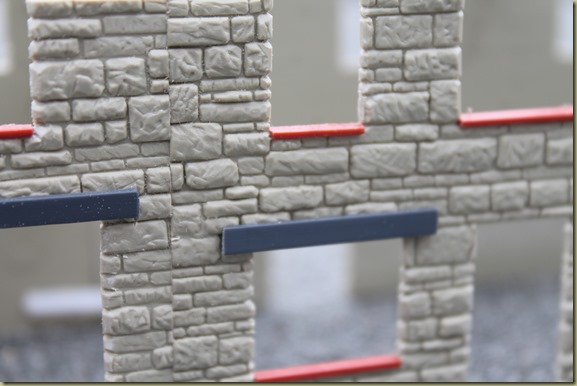 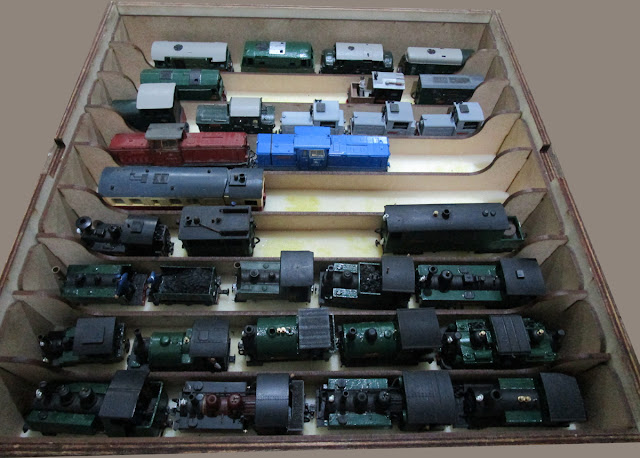